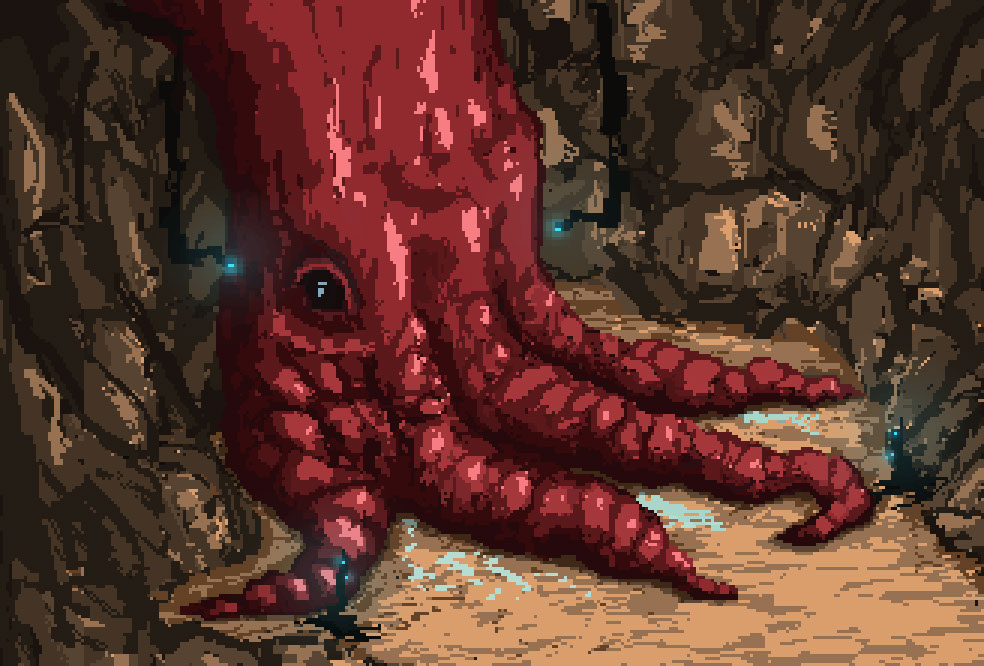 Humankind has settled on an ancient planet called Nexus, and are at war with machines that were once their protectors. You'll meet tentacled, cosmic horrors that want to befriend you, as well as various human factions that don't get on with one another. Dialogue happens in real-time, so you can step away from conversations if you don't like where they're headed, and you can slip in and out of combat whenever you want. That, too, is real-time, with both gunplay and melee weapons as well as psi powers to give you the upper hand.

The Early Access version will feature the first chapter of the story, which takes place in a "semi-open" world: basically, you get a pulled back world map that you use to move between locations. Early Access will run for around a year, during which time indie dev Crafting Legends—mostly the work of one developer, Stephan Hövelbrinks—will add new bits to the story, iron out bugs and continue to give the player more options.

I'm impressed by its apparent commitment to player freedom, and you can kill everyone in the game or next to nobody, depending on the character you build. The art looks suitably horrifying, too. Rivers of blood flow through valleys, the walls ooze purple gloop, and grotesque enemies with giant crab claws turn you into chunks of flesh with one swing.