Today our friend Dirtyfatnoise Gaming recorded the event of Fortnite the End, and here is the video below.

Apple leaked this image on their app store, it was removed sometime later,  but everyone on the web is going crazy with this leak.

Is this true, will Fortnite have a new map, new characters, a lot of new stuff, its allmost time just a few hours to go.
Will we see a promotional video for it in the few hours remaining.
Lets see.

We mentioned in our last State of Development that we have a new Hero System in the works. We’re excited to announce that these Hero System changes will be in the v8.00 update!

The current Hero Squad utilizes three slots: Hero, Support, and Tactical. The new Hero Loadout is made up of seven components: one Commander, five Support Team members, and one Team Perk. Heroes also no longer have a full set of static perks which define their gameplay. Instead, they’re focused on a specific perk, and you can mix-and-match perks to best fit your playstyle. The Hero Loadout gives you the tools to play YOUR way. Let’s break it down!

Fortnite's weekly challenges for Season 7 have all been released, and the game is now preparing to make the transition to Season 8. However, that doesn't mean there are no challenges to undertake at all--quite the opposite in fact. Developer Epic is keeping the train rolling with Overtime challenges released as part of the new 7.40 patch. The first of these challenges are available as of today, February 14, with more set to unlock every three days up until February 23. In an unexpected twist, however, completing these challenges not only nets you experience and the odd cosmetic unlock, but also a free Season 8 Battle Pass.

To get the new Battle Pass at no cost you just need to complete 13 of the 20 total Overtime challenges, the first set of which are available now. The initial batch ask the player to collect coins in the Creative Islands, seek out ammo boxes or treasure chests, and drop onto the island as a duo and place in the top 15. As you complete the challenges, you'll also unlock skins from Fortnite Season 7 at the five, 10, and 15 challenge mark. You can see the full list of challenges below.

Fortnite Overtime Challenges
Collect Coins in Featured Creative Islands (15) -- 500 XP
Search chest or ammo boxes at a motel or an RV park (7) -- 500
Place Top 15 in Duos with a friend (3) -- Wrap
Epic has also released update 7.40 for Fortnite and the full patch notes alongside it. The Valentine's Day event is one of the big new additions introduced in the update, but there's also a new weapon, and the ability to gift an item. You can read the full list of changes, tweaks, and additions in the Fortnite update 7.40 patch notes.

It is expected that Season 7 of Fortnite will end on February 28, so you've got a little more time to complete any outstanding challenges. If you need a hand, check out our comprehensive Fortnite Season 7 challenges roundup, which collects all our tips and guides into one, convenient location.

Given that the Overtime Challenges will be available until February 27, we expect Season 8 will begin on February 28. Before that, however, Epic is expected to hold two double XP weekends; the first is set for February 15-17, while the second takes place February 22-24.

Fortnite Season 7: portals, snowy map speculation, and everything we know so far 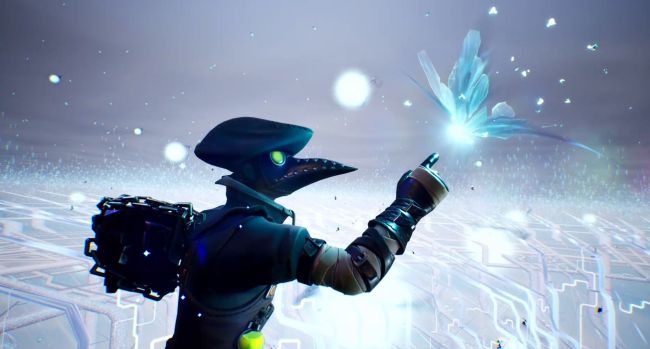 Hi there, season 7 its near, and it will be Xmas time as well, what do you think that epic is going to bring to all players homes.

We at genesis have a few players that play the game, its been really fun the halloween events the few new characters skins that have been coming to the shop.

So lets get to it and this is  the news that we found lurking on the the page from PCGAMER.

Honestly, I thought the back half of my 20s were an indicator of how time flies, but Fortnite Season 7 is only a few weeks away and I've never felt closer to death. But here we are, standing on the precipice of great change and new skins. After months of watching a mysterious cube roll around the map, draining lakes and summoning monsters, we finally figured out what was inside. It was a transdimensional butterfly, because of course it was.

As is becoming tradition with these in-game events (see the rocket and cube summoning on page two), they're usually the first indication about what's coming in the next season, Fortnite Season 7 in this case. So what can we learn from a transdimensional butterfly? Well, not much, but a cursory glance at Fortnite as a whole points to a potentially cold conclusion.

Let's examine new evidence cropping up week by week and recap some major events, positing scrupulous theories all the while. If you need to catch up with the story so far.

Finally, that bunker beneath Wailing Woods is being put to good use. It opened up at the start of Season 6, revealing a series of tunnels and laboratory equipment all set up to study a rift. But after the v6.30 update, some new tech showed up in the bunker that appears to harness the power of the rifts to create controlled portals. I'd wager that portals will soon, either with Season 7 or a few weeks before, become a deployable 'trap' item.

Fascinating meta implications aside, while scrounging about for clues, players have reported that the silhouette of a castle is now visible on the glassy surface of rifts. 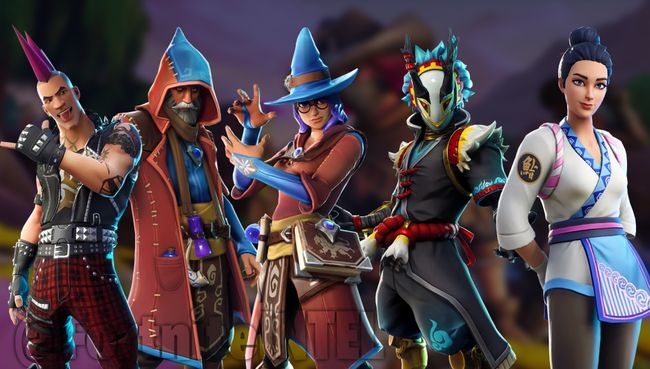 Fortnite challenges for Season 4 Week 3 have leaked, which happens all the time.

Some of the challenges have links to how to find them.