One hour of gameplay from Dirtyfatnoise Gaming

Dead Space 3 is a survival horror video game developed by Visceral Games and published by Electronic Arts. Announced at E3 2012 and released internationally in February 2013 it is the sequel to Dead Space 2. It is the third main entry in the Dead Space series.

In Dead Space 3, Isaac Clarke teams up with EarthGov Sergeant John Carver as they travel to Tau Volantis, an ice-covered planet, to end the Marker and Necromorph threat for good.

Development of the game began after the completion of Dead Space 2. It is the only game in the Dead Space series to feature online co-op.

The game received positive reviews from game critics upon release; reviewers praised the game's rewarding action gameplay, although criticism was directed at the focus on action over horror, as well as a weak and unfocused story compared to its predecessors. Despite poor sales, EA and Visceral expressed interest in a sequel. However, with Visceral Games being shut down in 2017, and no confirmation that a new installment in the series is being developed by a new studio, this now seems unlikely. 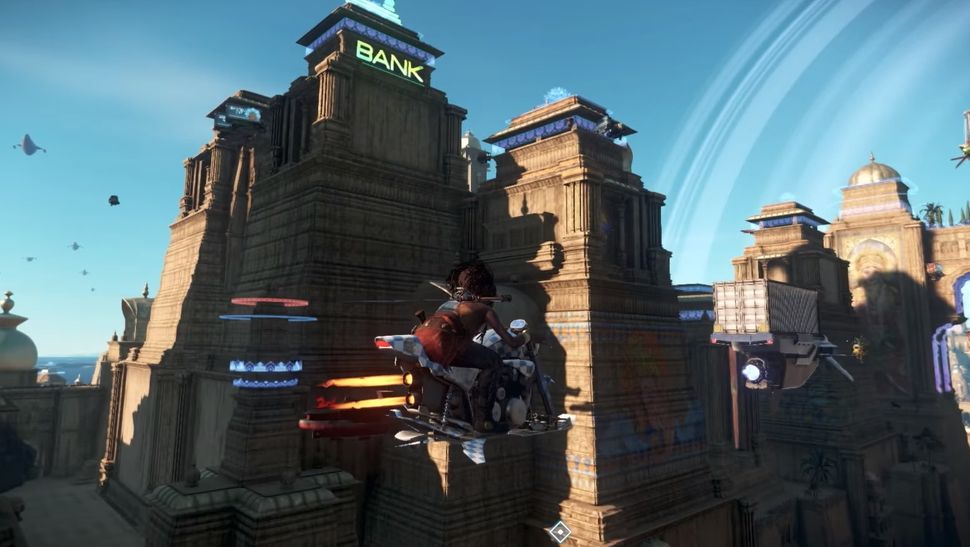 We got a much closer look at Beyond Good and Evil 2 today, with Ubisoft giving us a whirlwind tour of the 24th century, from ancient ruins to a battle in the sky. If, like Beyond Good and Evil 2’s space pirates, you’re too busy to watch a whole stream, it’s conveniently been condensed into a four minute video.

The city of Ganesha looks as gorgeous as ever, with streams of flying traffic speeding past ancient temples and massive golden statues. Every vehicle can be hijacked and flown, and you can go from flitting around the city to travelling across the stars seamlessly. So, while the demo begins underground, it ends all the way out in space.

Players control customisable pirate captains who can team up on missions through drop-in co-op, but they can also collect subordinates and put together their own crew. Ships can be tinkered with, too, and then unleashed on the pesky space cops in flashy dogfights. As well as space battles, captains can get in regular sword and gunfights, using augments to pull off special moves.

The spyglass seems like a neat evolution of Jade’s camera from the first game. At its most basic, it’s a telescope, but it’s an extremely powerful one with a built-in scanner. Point it at a person and you’ll get vital information that might make them easier to defeat in a fight, or you could identify a potential recruit. Use it in space, however, and you’ll be able to get details about cities and points of interest dotted across the worlds you can explore.

This new is from PCGAMER : https://www.pcgamer.com/watch-25-minutes-of-beyond-good-and-evil-2

Today im bringing you some news that i founf in IGN site about Assassins Creedd Odyssey.